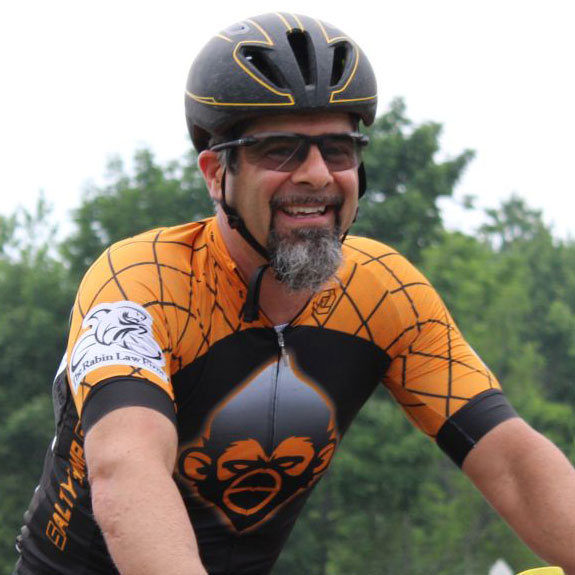 Ben is orthopedically the oldest on the team, and almost the actual oldest on the team despite being one of the most immature. His primary role is his frequent (“persistent” or “incessant” according to the other teammates) contributions to the team’s internal communications, where Ben is able to discover less obvious and subtle issues that may otherwise be overlooked, then make interesting and colorful, yet pointless, observations regarding those issues.

Ben has been very successful racing bicycles, and specifically at picking races that cater to his particular skills, which generally are the races where very few other people show up. He also has very good results in races where conditions are dangerous and difficult, owing to his abundance of bravery, which has often been described as “just plain stupidity.”

Off the bike, Ben spends most of his time talking about getting back on the bike, racing the bike, and hanging out with his bike teammates.

Ben has done well in some races, but his happiest moments in bike racing come from working with teammates to get a good team result, and in particular the NYS Team Time Trial Championship, won by the Salty Chimps in 2018.