This past weekend Chimps were all over riding their bikes: two were at Farmall MTB, 3 were at Keuka Lake Gravel and 1 was in Florida at the National Senior Games Championship.

At Farmall, both Rob and Pat McNeil decided to take on the challenge. This was McNeil’s first ever MTB race. Both riders started near the front of the field but as Rob took the hole shot, McNeil floated his way to the back of the main group. On the front, Rob decided to play his cards a bit differently this week. “I got the hole shot into the single track at the start again, but this week I let two guys pass me after the 1st climb as I wanted others to set the pace.” In this same area of the course McNeil had “…a big group on my wheel adding pressure and I started making mistakes. Eventually I slipped up and put my foot down on a steep pitch up, then decided to let them pass by to get them out of my head.”  On the 2nd lap both riders saw that the field “was so spread out” and both settled into a rhythm in their own groups. Rob would continue to push the pace. “With Brent Morehouse on my wheel…, he would reel me in on the climbs and I would drop him on the descents”, Rob recounted. While this was happening, McNeil started to get the hang of the course on lap two, turning his state of mind to “simply treat it as a trail ride” and was able to “take better lines and ride more of the steep stuff.” Rob would end up right where he left off the week prior in 3rd place overall and 1st in the 40+ category. McNeil would come away with his own victory stating, “Only smacked my shin once this time, which is a big improvement over the usual 4-5 times.” A good day overall for those two. Congratulations Rob and Patrick.

Just a few miles down the road Scott, Brian, and Dave would race the first ever Keuka Lake Gravel Classic; a 50 mile, 4700ft elevation gain, ass-kiscking course. Brian and Scott recall the start of the race as “Pretty chill for the first 7 miles.” Then came a long climb exposed in the sun which was out in full force (~90 degrees). The three Chimps noted that due to the heat and elevation it was not their day. Scott told us that at the midway point “I just tried to stay hydrated and stay with a group [but] I got dropped when I cramped up a mile from the finish.” Scott’s story isn’t much different than Dave’s; “Never did I feel good and most of what I did was sweat and suffer as humanely as possible.” It was a tough day for sure but a learning experience and any day on a bicycle is still a good day. While the race may not have turned out the way the Chimps wanted it was noted that “The course is very challenging but also incredibly beautiful” [Dave].

Lastly, Ben took his talents to South Beach (not really, Ft. Lauderdale but close enough). Below is his recap, unaltered.

“I’m aging, and racing against young local people is hard. Plus I’m heavy, and we have a LOT of hills around here. So I found a race that might be better for me. The problem? It was far away and required qualifying. The solution? I qualified in 2021 and bought plane tickets. The field was the top qualified riders from around the country. I was expecting softies for some reason, but there were some very accomplished racers there. In fact, the riders themselves were GOOOD, and rode well, and with great strategy and skill. I think the best overall group I’ve ever raced with.

For the races, there were two days. The first day was the 20. I thought we would have a mass start, but there were too many competing, so they broke down the fields. My group went off first, and it was a cluster-F from the start. The roads were a busy area of Ft. Lauderdale, and while attempts were made to provide a coned lane for us around the entire course, and police in the intersections, it didn’t work out. First, we had a garbage truck pull into our ‘closed’ lane from a side street and we had to cross into the next lane (oncoming traffic) to get around the truck, which took up the whole lane!

Later, one intersection was not properly blocked and a car came through just as the group did. A huge crash was avoided only by a bystander jumping into the path of the car until the police got out of their cars and decided to help. Towards the end, we started lapping the last group (some VERY slow people, also hard of hearing) who were taking up most of the lane and so we had to (again) go into oncoming traffic or narrowly avoid hitting cones. But the worst was the finish. The intersection was a 4 way. First lap, riders turn left and continue on the race.

Second lap, we sprint straight through for the finish about 500 yards ahead. Except, the cones blocking the finish were still up when we got there! It was a disaster. Some guys went through the cones, one guy cut from my right and blocked me from going down the finish so I had to swerve into oncoming traffic. It was just FUBAR. My group was far enough ahead that I ended up 7th but I’m just happy I didn’t end up in the hospital.

Day two was better. It was the 40. Smaller fields. (I think some guys never came back to race the 2nd day!). We went off first again, and quickly became about 13 guys. There were numerous attacks, and just general good bike racing. The guys were strong. Basically, it came down to a small bunch sprint, and I was able to position myself around 5th coming into the final turn before the 500 yard finish straight. They went from the corner, and I stayed in the wheels as long as I could. I came around and got two guys, but couldn’t get the first two. Finished 3rd.” 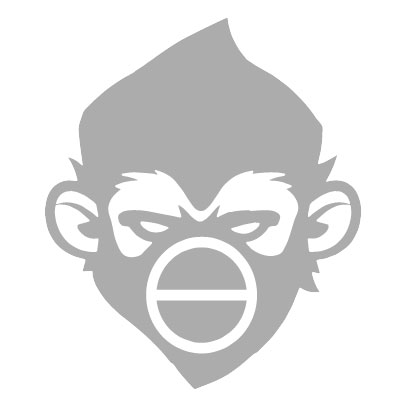